Discovering the flavors of Mexico

Indeed, even if it is less known than other countries for its botanical diversity, Mexico is nevertheless rich in an incredible plant variety. For the thousands of years that it has been established there, man has used it to feed and heal. And we ourselves, far from these exotic lands, take advantage of it on a daily basis.

It is for example in the very center of Mexico that maize was born, from a wild grass, teosinte, the cultivation of which produced ears of variable sizes bearing grains of an incredible diversity of colors ranging from blue to red and from yellow to violet. Most often, they are cooked in water with lime added, which dissolves the indigestible cuticle and releases vitamin PP, the deficiency of which produces pellagra. This process, developed by the ancient Mexicans, is known as “nixtamalization”. The cooked grains are crushed – traditionally on a flat stone – into a thick paste, the masa, which will be used to prepare the staple food, the tortilla. Black beans are the other mainstay of Mexican cuisine, which features a multitude of kinds of peppers, large, small, more or less strong, but always very tasty and completely unknown in Europe.

Formerly the seeds of amaranth and sage formed important cereals, often consumed ritually. After having been neglected for centuries, they are now making a remarkable comeback in organic stores, the former often incorporated into cereal bars, the latter as such under the name of “chia seeds”. Alongside the European vegetables imported by the Spaniards, note the nopales, young stems of the racket cactus that are picked tender and still devoid of thorns. Crunchy and mucilaginous, they are often cooked in an aromatic tomato sauce. Cacti form popular fruit species in Mexico: tunas are eaten as they are and are used to prepare jams and drinks.

Agaves are often mistaken for cacti, but belong to a very different botanical family. They are the source of the most traditional Mexican drink, pulque, made from the fermented juice of the plant that is collected in the cavity obtained by removing the enormous shoot that overhangs the impressive rosette of prickly and fleshy leaves. At first very sweet – the “agave syrup” is prepared by concentrating it –, the juice quickly takes on alcohol throughout the day. It is appreciated differently depending on the hour. The country’s national drink, widely known outside its borders, also comes from agave. Formerly, the trunks stripped of their leaves were cooked in an underground oven and served as food for the population, especially in the deserts where the plant abounds. Very sweet, they gave after being crushed with water and put to ferment an alcoholic liquid that the settlers undertook to distill: thus was born the mezcal whose version produced around the city of Tequila in the State of Jalisco became famous all over the world. 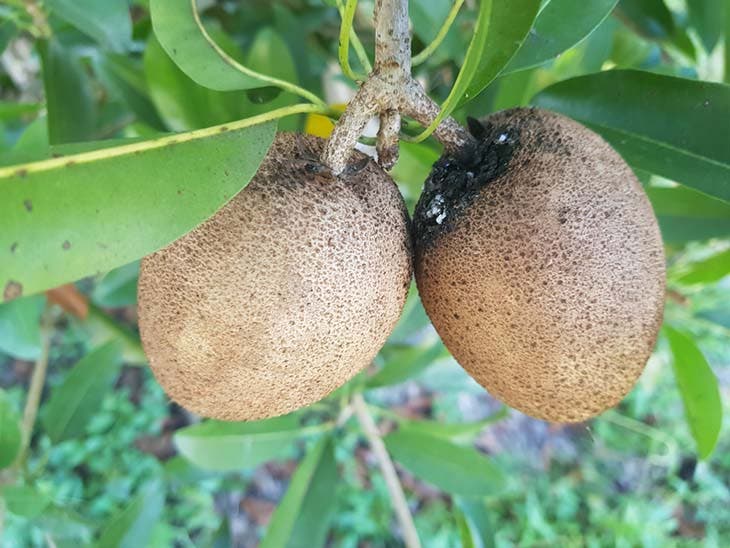 As many flavors as sapotes

The hot and humid climate of the lowlands of Mexico allows many tropical fruits to grow there. Among them are several sapotes that belong to different plant groups. The most common is the sapodilla (Manilkara zapota), a small brown pear with creamy and sweet flesh, caramel flavor, containing a few large black and shiny seeds. Its trunk secretes a latex collected under the name of chicle which is the origin of chewing gum. The sapote blanco (Casimiroa edulis) gives fruits with creamy white pulp with flavor of peach and vanilla. Those of the sapote negro (Diospyros nigra), a cousin of the persimmon, have a black and thick flesh after softening – an over-ripening –, which is compared to a chocolate pudding. Sapote amarillo (Pouteria campechiana) produces elongated fruits with bright yellow pulp, very dense and intensely sweet, reminiscent of an egg biscuit. And these are just a few examples among the multiplicity of Mexican fruits…

The heritage of the Aztecs Plants have other uses in this astonishing country. Many of them have medicinal properties, such as copal (Bursera trifoliolata), whose fragrant resin was used as incense long before the Spanish conquest, and which is used to treat respiratory diseases. These plants have been known since pre-Columbian times when the Aztecs recorded them in sometimes illustrated codices taken up by Spanish priests, such as Fray Bernardino de Sahagún (Historia general de las cosas de la Nueva España). They would obviously be too numerous to mention, but we can mention chaya (Cnidoscolus chayamansa), a powerful and reputed analgesic without side effects, chinahuatillo (Acalypha alopecuroides), used against asthma and wounds, guajilote (Parmentiera aculeata) , whose bark helps prevent urinary stones, cuachalalate (Amphipterygium adstringens), used against infections, etc.

Several plants also produce fibers used for craft and industrial purposes. The best known is sisal (Agave sisalana), a cousin of the agave from which tequila is extracted.

If certain Mexican plants have become familiar to us – and even for several of them essential –, many others are still largely unknown to us. Discovering them can help increase our appreciation of life, and that’s up to us. 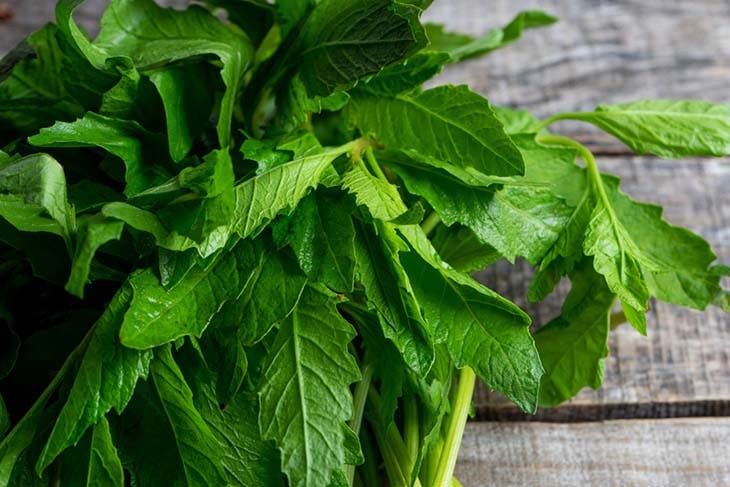 Have you ever tasted “Mexican tea”?

Long classified among the chenopods, Dysphania ambrosioides remains a cousin. It is very similar to those common “weeds” in our gardens that we eat like spinach, but is distinguished by its penetrating camphor odor. Under the local name of epazote, it is one of the most common condiments in Mexico, where its use dates back to pre-Columbian times. It is particularly appreciated with black beans, frijoles, which it facilitates digestion. Known as “Mexican tea”, it was once famous as a vermifuge.

Finally, among the unusual Mexican condiments is anisillo (Tagetes lucida). Despite its anise flavor, it is closely related to marigolds in our gardens. The Aztecs, who called it yauthli, flavored with it the drink they prepared from cocoa beans and which gave our chocolate. Today, it flavors soups and sauces. Its herbal tea is used to treat colds and promotes digestion.

Four times larger than France and twice as populated, Mexico rises in altitude from sea level to the peak of Orizaba, which culminates at nearly 6,000 m, which generates very varied climates and allows observe many types of vegetation. Tropical rainforest borders the Gulf of Mexico and the Pacific coast to the south, vast cactus-covered deserts stretch across the north of the country, while oak groves intermingled with other hardwoods, followed by high-altitude pine forests, extend rise on the side of the mountains. Mexico is estimated to host 10-12% of all global biodiversity. It is estimated that more than 26,000 plant species live there – twice as many as in all of Europe – which makes it the fourth country in the world for the variety of flora. Almost a tenth of the country is made up of nature reserves, but over-logging is causing immense damage in the country.