Does the black cat bring bad luck or good luck? Here is the explanation to one of the greatest superstitions

Generally speaking, superstitions revolve around luck and bad luck, good and evil. More often than not, they arise from simple coincidence or human inability to explain certain things. Take the case of the black cat, for example. For centuries, this feline with its strange character and intense gaze has never ceased to fascinate men. Bathed in certain pagan beliefs, we ended up lending him a secret connivance with witchcraft. Therefore, among the most famous superstitions, crossing a black cat would be a very bad omen. Small anthology on these popular beliefs that affect animals.

Focus on some well-established superstitions about cats 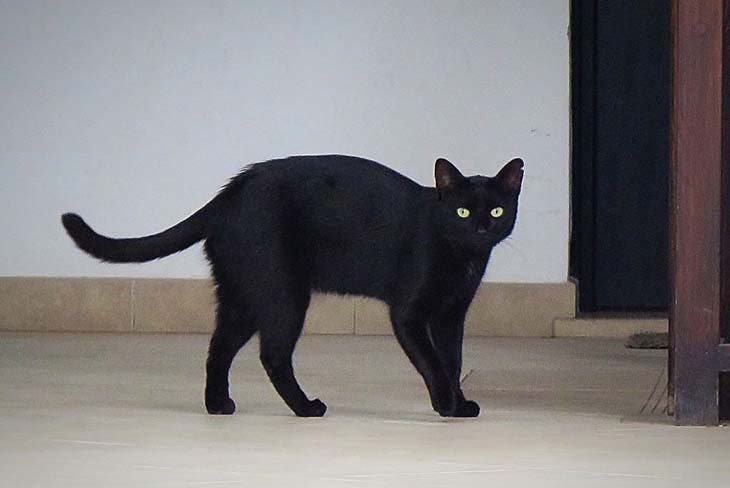 Much more than other animals, these hairballs have often fueled human superstitions. Moreover, for a long time, people distanced themselves as much as possible from cats, convinced that they could bring bad luck or cause bad luck. Even today, in many countries, many superstitious people are convinced that coming across a black cat is a bad omen. According to another superstition associated with the black cat, it is said that if it were to cut the path of a funeral procession, another person in the family would soon die.

It is also said that cats have the ability to predict the weather: if a cat sneezes or puts its paw behind its ear, it would be a sign of imminent rain, if it sits back to the fire, a storm is approaching and if it sharpens its claws, it announces the arrival of the wind.

But back to the symbolism of the black cat. Where does this frightening reputation for being the embodiment of evil come from? In truth, it dates back to the Middle Ages, when this feline was often found in the caves of “witches” and prowled around pagan sacrifices. Associated with the devil, this poor animal was then persecuted by the religious authorities: at that time, cats were burned or crucified. Over the centuries, the cat has regained a privileged place with humans, but many superstitions (positive and negative) still have a hard tooth.

Did you know ? The black cat still scares many French people. Many still reject it today, fearing that it will attract misfortune and bad luck. On the other hand, the English have a completely different perception. This black feline is rather perceived as a lucky charm. It is said to allow young girls to marry faster and to help win great battles.

And what about dogs?

You may not know it, but there are also a lot of superstitions about dogs. Man’s best friend would therefore also have a mystical power. According to some beliefs, if you see a white dog, it is a sign of good luck. If he starts barking at the door for no reason, it can be a bad omen and announce the death of someone. It is also said that if a dog eats grass, it means rain is coming. Another superstition says that you will be lucky if a strange dog follows you home. In Indian culture, the dog acquires a protective aura against evil spirits, especially the black dog. On the French side, it would appear that stepping on dog poo with the left foot would bring luck! According to other European beliefs, the dog would be the harbinger of a conflict, an argument or even a divorce, if it passes between the man and the woman who are walking next to each other. Finally, many people trust their dog’s sense of smell: if he starts barking or growling in front of a person for no obvious reason, it means that he is malicious or untrustworthy.

Other common superstitions about certain animals

The swallow, a lucky bird

Throughout the world, one must believe that the swallow would be a messenger of good news. According to many beliefs, it symbolizes purity, luck, fertility, loyalty and happiness. 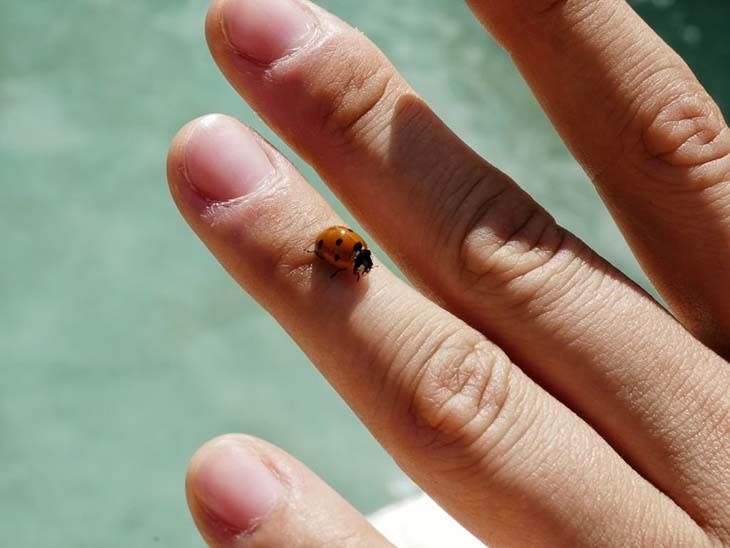 Nicknamed “God’s Beast”, the ladybug is a very unique little creature with its endearing appearance and red polka-dotted shell. The most famous belief that we all know: it would bring luck to the person on whom it comes to rest. When this happens to you, it would be a sign that your day will be in good shape. It is therefore a very good omen and you should never kill it otherwise you will take away this good fortune. For many people, this insect is a “divine messenger” that must be respected and treated with care. It is also said to grant certain wishes and the number of these dots would be the number of lucky months you could benefit from.

The horseshoe, a powerful talisman

Historically, hanging a horseshoe over the front door of the house has been a magical and very powerful protection against evil spirits. In some cultures, this talisman also promotes income and professional promotions. Even today, they are often found hanging on the wall to bring good luck to the members of the home. Why ? Quite simply because its shape (crescent moon) was a source of very good omen for the Romans and its material, iron, is also known to repel negative waves and malevolent spirits. In the United States, he would even have the power to chase away the ghosts that haunt the house. And if you wear it as a pendant, the horseshoe would ward off the evil eye. However, if the horseshoe falls, it can mean the advent of a great misfortune, just like a broken mirror.

Did you know ? Another superstition states that you should never change a horse’s name, otherwise it will bring bad luck to its owner.

Watch out for the owl’s cry!

Poor owl, it is one of the least appreciated birds and the one that harbors the darkest superstitions. Messenger of death among the Romans, morbid symbol among the Egyptians, the owl has had a bad reputation for a very long time. Despite the fact that philosophers and poets see him as a mysterious, mystical and wise animal. The one often called “bird of misfortune” would have a singular and frightening cry: if it hoots during the day, it brings bad luck and announces a sad omen. Likewise, if you dream of an owl or see one on the roof of your house, the future is likely to be tragic and disastrous. Bringers of bad luck, according to the superstitious, the owl like the owl have a very fatal song, a morbid omen of the death of a loved one.