How to grow garden tea?

Unfairly misunderstood by gardeners, cooks and herbal tea lovers alike, garden tea is a pleasant plant to sow in the coming weeks. You will thank us this summer.

The dragon’s head owes its name to the shape of its flower reminiscent of the wide open mouth of the mythical animal. The flowers are grouped in loose terminal clusters, and the first to taste its many benefits are the pollinating insects, as they are honey-bearing and rich in nectar. If it is known by its other name of lemon balm from Moldavia, in addition to its geographical origin, it is for its light aroma and delicate flavor: flowers and leaves are used in cooking to flavor raw vegetables, fish, fruit salads and desserts. Its strongly lemony smell is known to perfumers who use its essential oil. Finally, garden tea is so named for the refreshing drinks and infusions it gives.

Garden tea… in the garden 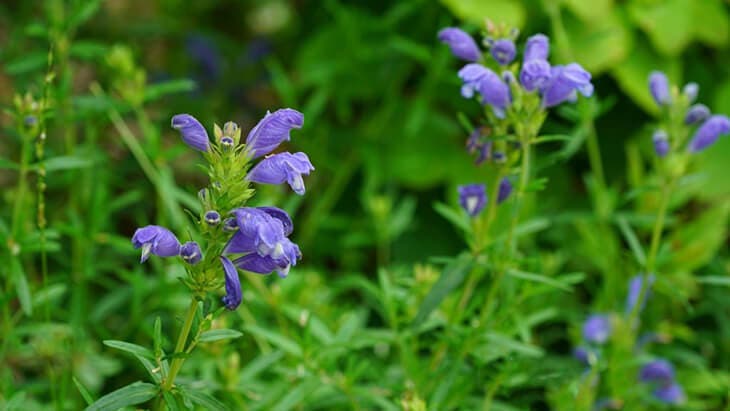 The head of the dragon – Source: spm

In the garden as on the balcony, moreover, it is an ornamental plant for the summer. Originally from Eastern and Central Europe, but also from Asia, it is not very resistant to cold (- 5°C); although biennial, it is grown as an annual. The somewhat distracted observer might take it for a perennial; this is because it reseeds itself spontaneously until it forms large squares.

To avoid the cold, a first sowing is done in a warm place with a view to planting in April-May depending on the region. Thereafter, the calendar makes it possible to make one, or even two additional sowings in summer to have new plants, with much better tender leaves. But pinches produce the same effect.

When the seedlings have two true leaves (that is, not counting the cotyledons which are the first to emerge), transplant before they compete for light and wither away. Place in individual buckets, preferably those in compressed peat so that you no longer have to handle them afterwards. Keep warm and under a good source of light, until the heat returns, for repotting or planting. The temptation is to do without the little work of sowing and to buy plants that have already grown around April-May for direct planting, as is done for aromatic plants. This is a good calculation, but garden tea is still uncommon and its plants are rarely offered. When planting, respect a spacing of 50 centimeters between two feet.

Shelter from cold drafts and as much heat as possible for this chilly little girl, even in the South where the summers are hot. The heat, on the other hand, exalts the production of essential oil and reinforces its aromatic nature. However, it supports well the situations slightly shaded and until the semi-shade. In this case, it tends to lay down and its flowering becomes stunted, but since you are growing it for its leaves, it doesn’t matter.

Ordinary garden soil is sufficient. It will be all the more generous if you have added a slow-release organic fertilizer in the fall. In summer, keep the soil cool at all times but without excess water. Mulch is the best system to get through the hot months.

Sowing, sowing and only sowing. However, it has been reported, in the open ground, garden tea reseeds itself spontaneously. Leave to flower then to seed at the end of summer and keep the plants in place until October and beyond, even if they are no longer decorative, this is the guarantee that the seeds will be fully ripe. You can also harvest them to resow them next year: cut the deflowered stems in September and shake over a clean cloth or a sheet of paper to collect the fine seeds. 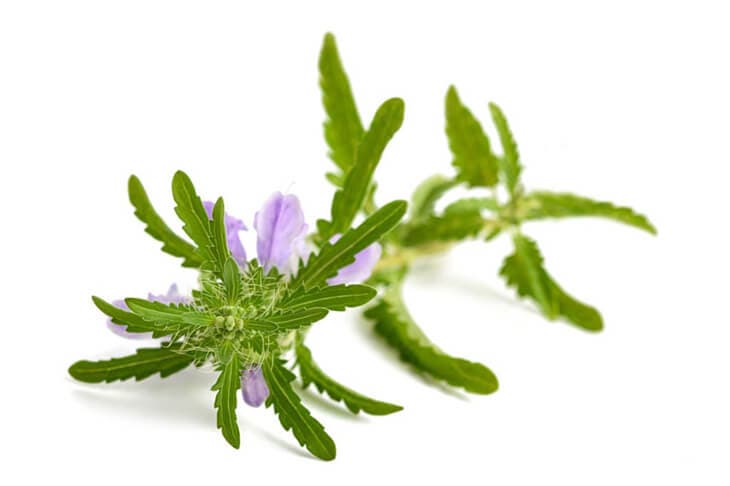 The flower of a dragon’s head – Source: spm

The first leaves are harvested after a month in the ground, but it is better to collect only the leafy ends during the first pinchings and wait another month for the plants to be more developed. They are used fresh, and finally in summer and early autumn on larger harvests, you can put some to dry for the winter. This is the case for almost all aromatics: suspend all watering 10 to 15 days before the harvesta period of temporary drought enhances the production of essential oil.

Garden tea is an annual plant growing in a bushy clump of 60 centimeters.

Its quadrangular section stems bear slightly toothed leaves, covered with a fine down soft to the touch, lanceolate to oval, of a beautiful green-grey. The 3 to 4 centimeter labiate flowers are deep blue to slightly purplish. There is a variety with white flowers.

All parts of the plant are aromatic, they give off a subtle lemony aroma.

It is more a plant of comfort and well-being, its infusion is digestive and calming, like many Lamiaceae, a family that is a great provider of digestive, diuretic and hepatic plants. But it also has antiseptic, antioxidant and liver-stimulating properties.

Repot directly in a 25 cm diameter pot to give the plant its comfort. Then, do as in the garden. It is advisable to support growth with monthly fertilizers for flowering plants. Think of the pinches!

Tea from France or red tea, monarde rouge (Monarda didyma) completes the world of garden teas. It is a rhizomatous plant, very hardy, whose flowers and leaves are edible and very melliferous. They let out a good smell of bergamot and mint. Rich in essential oil, it relieves bronchitis and colds when inhaled.

Lemon balm from Moldova does not know of any proven disease or parasite. On the contrary, its aromatic properties seem to keep insects away, including those undesirable in the vegetable garden. Plant it here and there, in the middle of vegetable crops and flower beds.

Read also How to grow lamb’s lettuce? The benefits and their different types