How to grow peas?

A large slice of veal liver, smoked mackerel fillets or a dish of kidneys, without skimping on vegetable oils, and you will have your fill of vitamin B3. Let’s be honest, plants are far down the list of foods rich in this vitamin. However, it would be a shame to neglect the friendly pea. 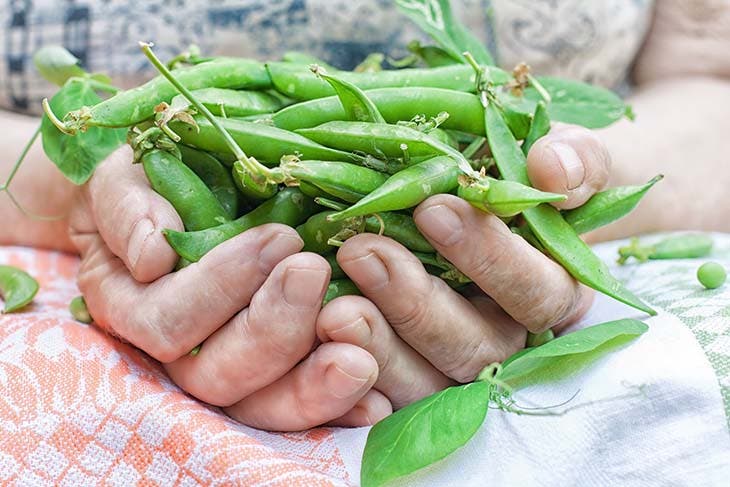 Observed for the first time in 1735, pellagra (literally “sour skin”) will reveal its secrets only in the 20th century. This disease results in severe dermatitis in areas exposed to the sun, violent diarrhoea, attacks of dementia and sometimes death in the most serious cases. Between 1906 and 1940, three million people were affected and 100,000 died. We now know that it is linked to malnutrition and a deficiency in tryptophan, the precursor of vitamin B3. The first link between a nutritional factor and pellagra was established by Joseph Goldenberg in 1915 according to studies on five volunteer prisoners. It was completed in 1926 during treatment trials on yeast-fed dogs with black tongue disease. Joseph Goldenberg deduces that yeast is rich in pellagra preventive factor. This is why vitamin B3 was long baptized vitamin PP, Americans speaking of vitamin G to honor Goldenberg.

Here is its identity card: annual herbaceous plant with hollow and branched stems, growing in a loose tuft from 40 cm to nearly 2 m for the tallest varieties. Leaves composed of 2 or 3 pairs of entire leaflets, oval and opposite. The petiole ends in a prehensile tendril. Hermaphrodite flowers, white or purplish, located in pairs in the axils of the upper leaves. Fruit in a pod containing the seeds.

It will be necessary to sow between February and June. In mild climate regions, sow also from November to February for an early crop. Place the seeds 2 to 3 cm apart and 1.5 to 2 cm deep in furrows 30 cm apart for dwarf varieties and 40 cm for rowing peas. Snow pea varieties are sown later, in late spring, around May-June.

Later, during periods of heat or drought, mulch abundantly. Three weeks later, mound up the young plants to maintain them and make them strong. At the same time, lay the oars for the climbing varieties.

Harvest as the pods mature, they should appear very full under the finger, and be very green.

Mildew: in humid and hot years, “with mildew”, purplish and downy spots appear on the foliage. Avoid too abundant watering, it is better to water deeply and less often. In humid regions, make two preventive sprays of Bordeaux mixture, when the plants are 15 cm tall and then 1 month later. At the same time you will avoid anthracnose.

Pea anthracnose : it results in grayish spots on the leaves, stems and especially on the pods. The plant soon wilts. If you respect crop rotation, the disease is rare in the vegetable patch.

Powdery mildew: the white felting on the leaves and young shoots is a great classic. Water at the foot without wetting the foliage and treat at the first symptoms with sulfur sprays, to renew if the evil persists. 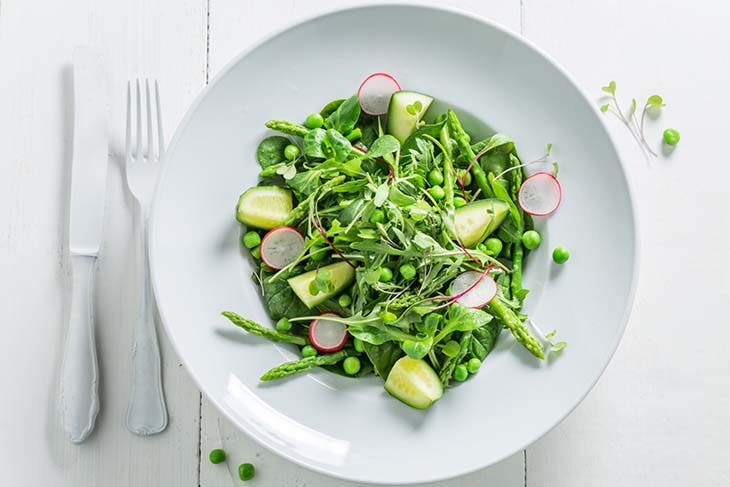 In the maquis of peas

There are two categories of peas, shelling peas, or peas, and snow peas.

In the first category we distinguish:

In the two kinds of peas, according to their height, we separate the pole peas, more than 70 cm high, to be staked, which attach to their support by numerous tendrils, and the dwarf peas (or half dwarfs) with a height of between 40 and 70 cm (knowing that the tallest varieties can also be staked on short stakes).

Vitamin B3 in the vegetable garden Vitamin B3 is one of the rare vitamins to be produced by the body, from tryptophan, but in an insufficient quantity to cover the daily needs estimated between 11 and 14 mg for an adult. Among the foods that are best endowed with it, yeast stands out with its 25 mg/100 g, and these are the richest foods of animal origin (liver, kidneys, oily fish, chicken, duck)… Cereals from our breakfasts are distanced (5 mg/100 g). In the vegetable garden, peas are the champion (2.2 mg/100 g), followed by broad beans (1.8 mg/100 g), Jerusalem artichokes (1.3 mg/100 g) and potato, eggplant and broccoli (1 mg/100 g). And to round out the menu, the fresh mushrooms you grew at home (thanks to your September issue) are a great addition (5.2mg/100g).

For the little story

Since ancient times, the dry pea has had an important place in the human diet, along with other dry grains and cereals. It was from the 13th century that it began to be consumed fresh in the form of mashed potatoes. And it was not until Catherine de Medici and the discovery of certain Italian eating habits, to eat green, immature vegetables, such as piselli novelli. The French at Court claimed these “peas” and the vogue for this fresh vegetable grew during the reign of Louis XIV, who was very fond of early peas.

The old varieties were first very tall and late, grown on oars, selected for hand picking. Secondly, the market gardeners asked for shorter varieties to save the labor devoted to laying the oars. Thus have multiplied dwarf and semi-dwarf peas. And nowadays, all these good old varieties are still used in vegetable gardens.

Read also Why is it good to have certain insects in the garden?