The benefits of celandine 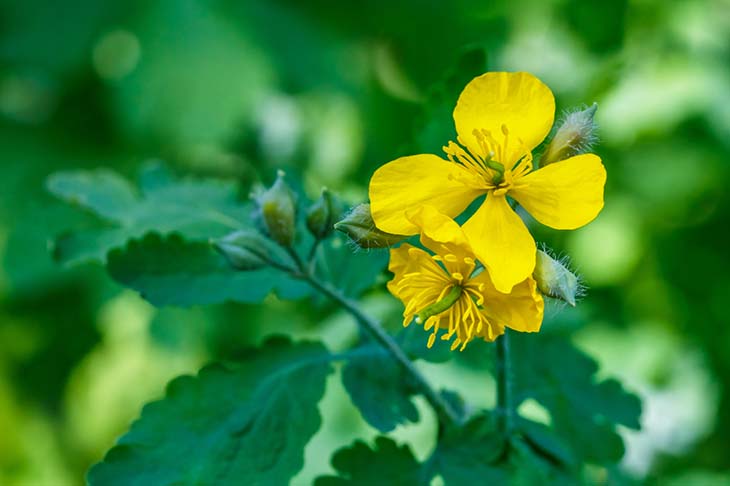 Impossible to approach the celandine (Chelidonium majus) without mentioning the swallow; the plant owes its baptismal name to him, khelidôn designating in Greek the migratory bird. Indeed, very old beliefs bear witness to the link between the plant and the bird, but the versions differ… One of them reports that swallows treat the blindness of their young with the juice of the plant; another, that the flower of celandine would bloom when the swallows return and wither when they leave. It is useless to seek which of the two holds the truth, each has a part of it. We will see a little further on that the plant has actually been used for a long time in ophthalmology, as evidenced by the vernacular name of sight grass found in many regions. But it is equally true that the flowering of the great lightning occurs in the season when the celestial traveler returns to nest.

To live happily, live in the shadows…

The celandine belongs neither to the club of elegant nor to that of plant curiosities but cultivates the art of going unnoticed. Lurking at the foot of an old wall or a tree, it appreciates its humidity and shade. Don’t be fooled by its apparent banality, its talents lie elsewhere… Barely exceeding forty centimeters, it has dark, lobed leaves, colored a matte green with a bluish tint. To the touch, the latter are very soft and barely picked, here they are already blackening! In the first days of April, a corolla formed of four golden yellow petals unfolds. If you inadvertently break a stem, you will be surprised to see a dazzling golden color flow out. This precious latex irrigates all the tissues of the plant down to its roots and proves to be of capital importance in its therapeutic activities. Very common in most French regions, swallow grass takes refuge in light woods, uncultivated places and not too “civilized” gardens where a few nooks are left to the goodwill of “wild” nature.

For many, the celandine remains the grass with warts and becomes, outside of this allotted framework, a poisonous plant. Nothing could be further from the truth! However, certain precautions for use are necessary, which we will come back to later. In the meantime, let’s take a step back, to the time when the doctors of Antiquity still had the audacity to experiment with the plant in its “totum”… From that time, Dioscorides and Galen recommended the vinous infusion of celandine against the chronic hepatitis, gallstones or cirrhosis. A few centuries later, Dr. Cazin5 and others after him continued to prescribe the plant for the same uses. You guessed it, in the gold of its latex, slumber precious cholagogue and choleretic virtues. All medicinal plants act according to their own genius, the same goes for the great lightning which interprets its hepatic score in a “relaxing” mode. Belonging to the Papaveraceae family, it has inherited sedative properties for our hepatobiliary system. This one, continually jostled by our emotional turmoil, only dreams of one thing, that we let him work in peace! Without being on the same tone as its cousins, the soporific poppy or the poppy, the modest celandine nevertheless has about ten opiate alkaloids which act on our nervous system by producing slightly hypnotic effects (slowing of the pulse, lowering of the blood pressure, reduction of nervous agitation…) and spasmolytics on our gallbladder. Sworn enemy of spasms that thwart the harmonious flow of bile secretions, it improves the stressful situations that often accompany hepatobiliary dysfunctions. All in fluidity, it takes care to maintain this circulation at the biliary level and thus opposes the formation of lithiasis, hepatitis and congestive states. In summary, it is the plant of the great anxious suffering from hepatobiliary affections!

Toxic or not toxic?

In internal use, the plant is never used fresh but always in its dry form and only on the short term because the latex proves to be irritating for the internal mucous membranes. No need to think of decorating a small salad with a few leaves of celandine! In principle, it is contraindicated if you suffer from liver problems. On the other hand, if you want to remove a wart, it is the fresh juice that you will need to apply directly to the part to be treated, three times a day, until it disappears. Endowed with antiviral and antimitotic properties, the latex is completely indicated to fight the papillomavirus at the origin of the wart. After about ten days of application, the latter dries and falls off.

Maria Trében, for her part, recommends a very light infusion of dried celandine (1/3 of a teaspoon for a glass of water) to be applied as a compress to the eyelids to reduce conjunctivitis and chronic ophthalmia. 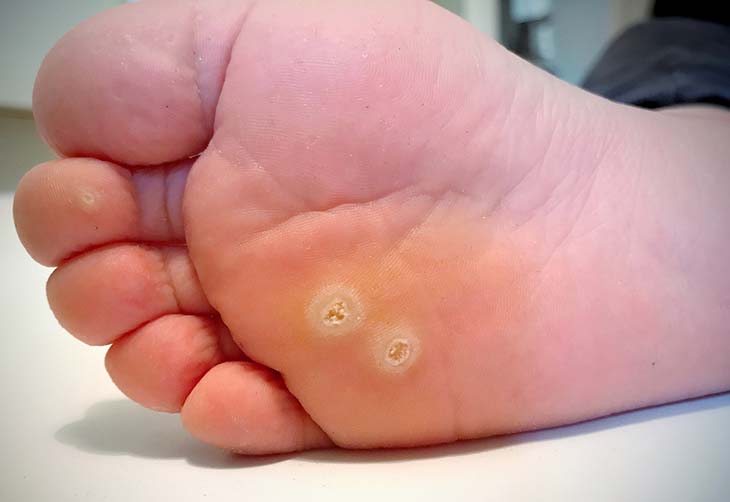 Harvest celandine in early spring, before flowering. Cut it coarsely (be careful not to rub your eyes if you have fresh latex on your fingers! Wash your hands quickly) and place the parts in a glass bowl. Cover everything with olive oil and heat in a saucepan in a bain-marie for 30 minutes. Filter, weigh, add 10% wax and put everything back in a bain-marie. As soon as the wax has melted, stir well and remove from the heat. Let the temperature drop to 39°C then add 4% tea tree EO. Stir one last time before potting. You will apply on the wart 2 or 3 times a day, making it penetrate well and protecting the healthy skin.

The infusion for the anxious

Infuse a level tablespoon of the mixture of dry plants, in equal parts, in 200 ml of simmering water. Filter and take a cup 2 to 3 times a day, about 30 minutes before meals for a month to decongest the liver and gallbladder.