What are the anti-malarial plants?

For more than 2,000 years, in certain regions of China, the symptoms of malaria have been treated by a fragrant plant from the Asteraceae family, a cousin of our common mugwort, Qing hao, from its Latin name Artemisia annua. Li Shizhen recommended in his Great Treatise on Herbology of 1578 to macerate the leaves in water, then pound them in a mortar in order to extract the juice that the patient should drink. 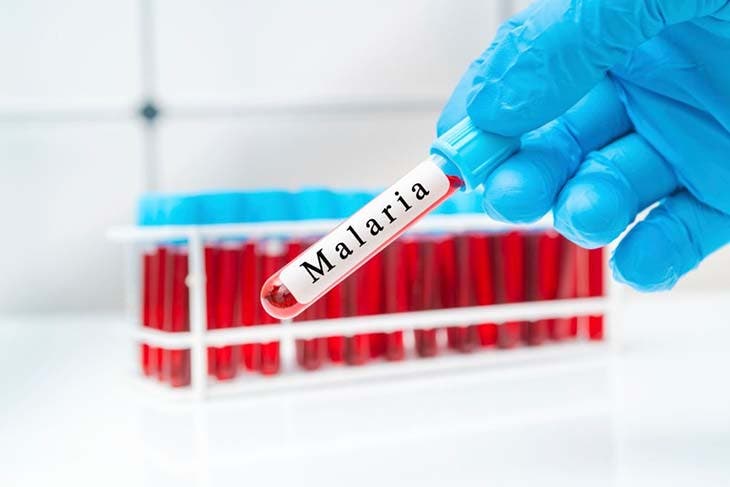 Malaria in a few evils

Malaria is often known as “malaria”, from the Latin palus, paludis, “swamp”, because it is transmitted by mosquitoes whose larvae breed in damp places – to which mal aria, “bad air” , also refers. With 220 million people infected and nearly 500,000 deaths a year – mainly children under five – it is the most widespread parasitic disease in the world. It is caused by a protozoan of the genus Plasmodium of which there are 123 species, five of them being transmissible to humans. Plasmodium falciparum is the one that causes the most human deaths. The parasite, carried by a female mosquito of the Anopheles genus which has previously bitten an infected person, is injected during a bite, mainly nocturnal. Plasmodium begins by taking refuge in the liver, from where it leaves to reproduce in the bloodstream, which destroys red blood cells and releases substances causing high fever. It can clog brain capillaries and upset metabolism to the point of death.

A war that never ends

During the Vietnam War, fighters in the North lost more soldiers to malaria than in combat. They turned to the big Chinese brother, whose researchers set about studying traditional plant remedies and selected Qing hao from more than 2,000 plants, evaluated as effective and with no marked side effects. In 1972, the active ingredient was purified, a sesquiterpene lactone called “artemisinin”, capable of killing in vitro the Plasmodium responsible for the disease. However, artemisinin has a very short residence time in the body, around one hour, compared to other therapeutic molecules such as chloroquine, a synthetic molecule inspired by quinine from cinchona (Cinchona rubra) – long the cure for choice against malarial fevers – which remains in the body for several weeks. This character forces frequent renewal of the intake of artemisinin. In the 1990s, phenomena of recurrent resistance of the parasite to conventional drugs, in particular chloroquine, appeared. The World Health Organization (WHO) took an interest in artemisinin, but recommended combining it with another molecule, in order to increase its effectiveness and precisely prevent the parasite from becoming resistant to it, which which had been observed in Cambodia. Artemether, a semi-synthetic substance derived from artemisinin, is the complement of choice in the antimalarial drugs offered today. 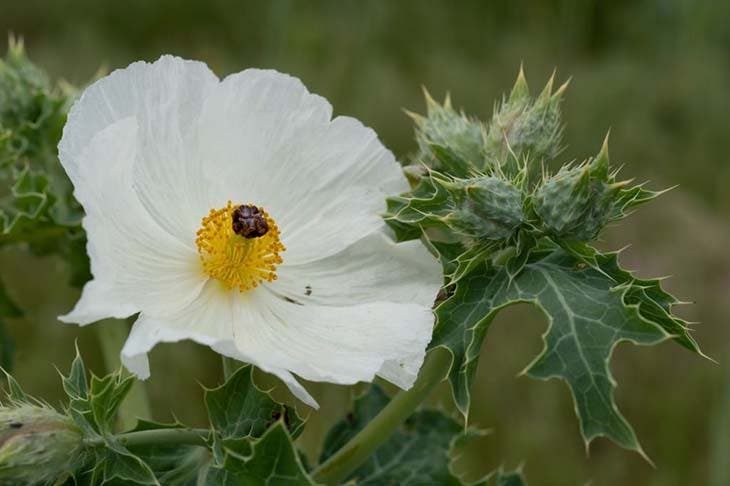 What we know less…

Locally, in countries where malaria is rife, many other plants are used to combat the scourge, in a more or less traditional way. This is the case with neem (Azadirachta indica), from the Meliaceae family, formerly known in French as “neem”. It is a beautiful tree with elegantly cut foliage, native to India and commonly grown in the tropics to adorn parks and avenues. Despite its extremely bitter flavor, its young foliage is eaten as a vegetable from India to Cambodia. The medicinal use of neem has been documented for some 2,500 years and Ayurvedic medicine uses it as a disinfectant in a large number of diseases. But curiously, it is mainly in Africa that its leaves and bark are used as an antimalarial, with very uneven and relatively poorly documented results.

Among the many plants reputed to treat malaria, there is one that deserves attention, because it was the subject in 2004 of a real scientific study. It is Argemone mexicana, a common “weed” in the Sahel, although it comes from the American continent. In the Bandiagara region, in the village of Sikasso, an international team of doctors, chemists and ethnobotanists supported by the Swiss Agency for Development and Cooperation monitored patients suffering from Plasmodium falciparum malaria for several months – the currently the most dangerous parasite, and of which there are forms resistant to conventional treatments. The sick were treated by the village chief, a traditional healer who learned the use of argemone from his grandfather and has already passed it on to his son.

The aerial parts of the plant, dried, were boiled for 3 hours in water, at the rate of one kilo per 10 liters. The traditional healer determined the dose to be taken by each individual according to their particular characteristics – sex, age, state of health. The first 23 patients received a daily dose for 3 days; a second group of 40 people took it twice a day for 7 days; and the remaining 17 4 doses per day for the first 3 days, then one dose per day until the eighth day inclusive. Blood samples were taken every two days and analyzed in the field laboratory set up by the team. Cure was judged by the absence of parasitaemia or fever on the fourteenth day, checked again on day 28. Between 60 and 75% of patients in the second and third groups were cured, compared to only 35% in the first group. The plant was also tested in vitro against Plasmodium at the Swiss Tropical Institute in Basel, where the results were conclusive. Subsequently, several other studies were conducted, which led the Ministry of Health of Mali to adopt it within the therapeutic arsenal of the country. Argemone mexicana, however, remains largely unknown as an antimalarial plant – it is even viewed with suspicion because of its potentially toxic alkaloid content. No doubt we forget that “nothing is without poison” and that it is ultimately the risk/benefit ratio that should guide the treatment.

Originally, as its name suggests, from Central America, Argemone mexicana looks much more like a thistle than a poppy, yet its close relative in the Papaveraceae family. It also happens that it is nicknamed “thorny poppy”. It is a large annual plant whose erect stems can reach a meter in height, with more or less deeply cut leaves, glaucous – that is to say of a bluish green -, marbled with white and edged with sharp thorns. . Its flowers have four large yellow petals and many stamens. The whole plant contains a yellow latex. Introduced in Africa as early as the 17th century, argemone frequents rubble, the surroundings of dwellings and vague places. In the regions of origin of the plant, it is used as an analgesic, diuretic, cholagogue and anti-inflammatory. In external use, its juice is used against warts. The plant contains isoquinoline alkaloids – like its cousin the opium poppy – including bloodroot. Its seeds are also rich in it and the fatty oil extracted from it has caused poisoning.