What are the health benefits?

A plant with many faces

Cannabidiol and tetrahydrocannabinol are two of the multiple active substances present within the Cannabis sativa species. It is one of the first plants to have been domesticated by man and used among other things for its medicinal properties. It contains more than 545 different compounds, the majority being cannabinoids like those mentioned above. Their chemical structure is close to substances that we produce naturally in the brain, endocannabinoids, which play multiple roles in our body, intervening in particular in the control of movements, our thinking skills and the management of emotions and behaviors. To do this, they bind with receptors present on the surface of cells, which are of two types: CB1, mainly located in the brain, and CB2, present mainly in immune cells. Acting on the endocannabinoid system could have therapeutic applications in the context of extremely varied pathologies. And cannabinoids of plant origin are able to do this, which explains their ability to exert effects on our health. THC andCBD have specific modes of action and thus different properties; if it is not possible to individualize them when the plant is consumed as a whole, scientists are able to isolate them to study them separately and determine the appropriate dosages to treat patients, and make the most of the benefits of each limiting side effects. 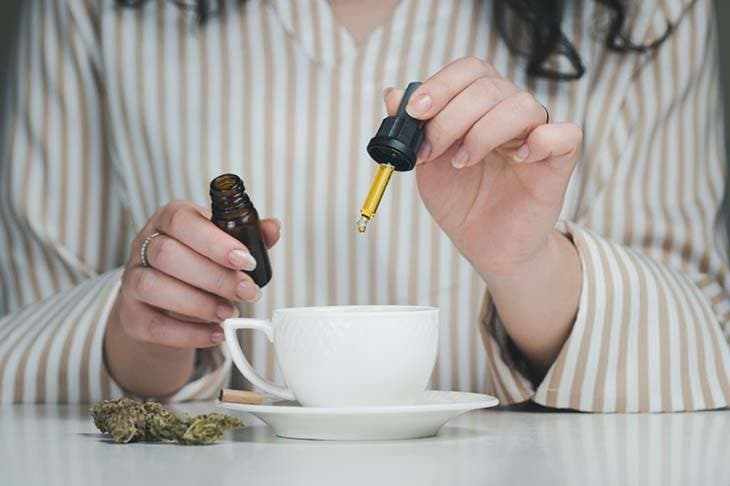 Pour drops of CBD into a cup – source: spm

If medical cannabis can play a favorable role for patients suffering from epilepsy, it can be beneficial in the context of many other pathological situations. And in particular in the fight against chronic pain, an indication validated by the prestigious National Academy of Science of the United States in a report published in 2017. An Israeli study, for example, has shown its interest in improving the quality of life of seniors. The researchers followed 901 people over the age of 65 who benefited for 6 months from medical cannabis in different forms (infused oil, by inhalation or smoked by vaporization). At the end of the treatment, 93% of them saw their pain recede, going from 8 to 4 on a scale of 1 (weakest pain) to 10 (strongest pain). And, very interestingly, this medication enabled 18% of participants to reduce or stop opiate medication, which is associated with a high risk of addiction. In addition, medical cannabis was generally well tolerated: side effects were manifested in 9.7% of patients by dizziness and dizziness, and by dry mouth in 7.1% of patients. One of the interests of medical cannabis is also to stimulate the appetite and is therefore very useful to avoid frequent malnutrition in the elderly, as well as in patients who have undergone surgery, suffering from cancer or AIDS. In the latter, the plant makes it possible to attenuate the very debilitating neuropathic pain, caused by damage to the nervous system. Cannabinoids are also effective in preventing migraine attacks. Researchers have studied the effects of administering different doses of a mixture of THC and CBD. First in 48 migraine patients, noting that if low doses prove to be without effect, the administration of 200 mg of active ingredients (81% CBD, 19% THC) manages to reduce pain by 55%. Then, in 79 patients: half of the group received a standard treatment based on amitriptyline (25 mg per day) or this mixture of cannabinoids, for 3 months. Results: cannabinoids are slightly more effective than the drug, reducing the number of attacks by 40.4% (compared to 40.1% with amitriptyline) and attenuating their intensity. 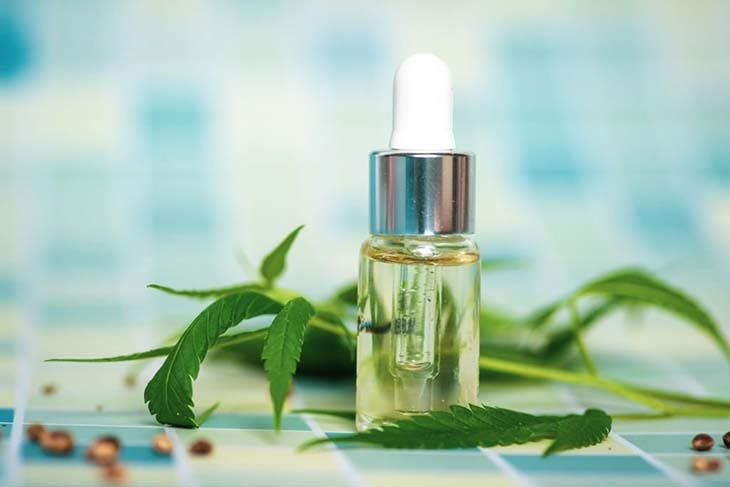 Cannabidiol has calming properties that can help reduce anxiety levels. For people with social phobia, speaking in public is a real nightmare; Brazilian researchers have shown that taking 600 mg of CBD greatly reduces the anxiety generated by this type of exercise. This ability of CBD is particularly useful for people suffering from panic disorder, a severe form of anxiety disorder characterized by the occurrence of unpredictable and repetitive attacks. On the other hand, researchers have shown in animals that exposure to chronic stress reduces the production of endocannabinoids in the brain, with a direct consequence: depression. Thus, by restoring satisfactory levels of cannabinoids, treatment with CBD could have antidepressant properties. This cannabinoid thus has great potential in the treatment of psychiatric conditions. Unlike conventional drugs, it does not cause addiction, tolerance or withdrawal symptoms and does not affect the quality of sleep. These virtues of CBD also make it a good candidate for fighting addictions. A study conducted in animals has shown that the application of a gel containing this cannabinoid reduces the levels of anxiety and impulsivity of rats dependent on alcohol or cocaine, and thus the risk of relapse after withdrawal. during stressful situations. It can also help smokers to do without nicotine: inhaling a puff of CBD reduces the urge to smoke, ultimately reducing the amount of cigarettes consumed by 40%.