Why is colostrum so important?

Colostrum, also called “first milk”, is the first form of human milk that humans, cows and other newborn mammals receive from their mothers after birth. It is produced just before childbirth, then disappears and loses its properties five or six hours later to give way to breast milk which will be secreted in the following days and months. This very limited production golden milk is richer and more concentrated than mature milk: it is made up of very little water and contains fatty acids, vitamins (in particular beta-carotene or provitamin A, hence its yellow color) and mineral salts (magnesium zinc, copper). It strengthens the baby’s immune system and digestive function, as it is particularly rich in essential antibodies and good bacteria such as Lactobacillus bifidus.

Finally, colostrum is a powerful anti-infective that will protect the newborn from the germs that surround it. Among the cells that make up colostrum, there are indeed two thirds of white blood cells. These produce antibodies responsible for neutralizing pathogenic viruses and bacteria encountered by the baby. Historically, it was in Eastern Europe that the consumption of colostrum began, but it was mainly in the 1970s and 1980s, and thanks to the rehabilitation of breastfeeding that researchers looked on the role it could play in the development of the newborn’s immune system. Later, immunologists tried to find out whether bovine colostrum could be used as an immune booster in humans.

All mammals produce this precious first “superfood”, especially cows. Bovine colostrum has many of the same functional components as human colostrum, such as immune factors, growth factors, protective proteins and prebiotics, which means it can be ingested by humans.

Looking at its composition, we see that very few foods have so many essential vital elements. They can be classified into three categories:

– Cytokines, which are essential mediators of immune regulation

– IgF, which is the most abundant component of bovine colostrum and plays a predominant role in the growth ofchild and has an anabolic (building) effect in adults

– TgF alpha and beta, essential for tissue regeneration and the formation of bone cartilage.

What colostrum can do for you

The immune-boosting effects of colostrum are primarily due to its high concentration of IgA and IgG antibodies. A 12-week study of 35 endurance athletes revealed that taking cow colostrum daily increased the amount of salivary antibodies by 79% compared to baseline levels. The researchers suggested that higher levels of IgA in saliva could boost immunity and improve the body’s ability to fight respiratory tract infections. Other studies have also linked colostrum supplementation to an improved immune response, but more research is needed to understand the mechanisms.

Animal and human studies show that cow colostrum can stimulate the growth of intestinal cells, strengthen the intestinal wall and prevent intestinal permeability (when the tight junctions that control the nature of the materials absorbed by the intestine are altered, letting through excess macromolecules). These beneficial effects are probably due to lactoferrin and the growth factors it contains.

A number of studies have been conducted on the effect of bovine colostrum supplementation on athletic performance and recovery. For example, after four weeks of supplementation, athletes increased their strength and endurance by up to 20%. Dr Jon Buckley of the University of South Australia supervised his research and advised the Australian Olympic team to supplement with colostrum (60 grams powder per day). The Australian team won a large number of medals at the Summer Olympics from 2000 to 2004. An investigation by the International Olympic Committee (IOC) was conducted to find out whether powdered cow colostrum could be considered a form of doping, potentially prohibited. The IOC concluded that colostrum was simply a superfood. Finally, a study has shown that 4 to 8 weeks of supplementation promote muscle growth. During intense physical activity, colostrum slows down the breakdown of proteins and stimulates the transport of glucose into the muscles. They are then able to use the fuel they have more efficiently, and the result is an increase in lean muscle mass.

What to know before supplementing 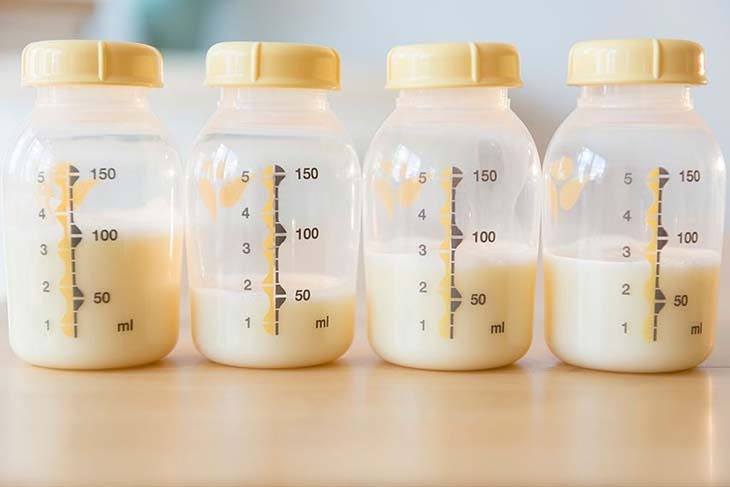 Whether you are looking to strengthen your immune defences, improve your intestinal health or increase your sports performance, you should know that the effectiveness of colostrum depends on its quality, its origin and the way it has been processed. Also, most studies have used about 20 grams per day for two to eight weeks.

The only contraindication to taking bovine colostrum concerns people who are lactose intolerant. Indeed, even in powder form, colostrum contains lactose.

It is therefore important to check whether:

Finally, be aware that harvesting colostrum from cows that have just given birth raises several ethical questions. Mature dairy cows can produce between 35 to 45 kilos of colostrum in four days and calves consume a third of that. Some companies collect colostrum within the first 6 hours after birth, while others wait 24-48 hours before harvesting. So be sure to buy from manufacturers who harvest this valuable nutrient responsibly.